Xref's business model involves selling credits, which clients consume as they make candidate reference checks on a 'credit per candidate' basis. The company's cloud-based platform automates the collection of feedback on potential and current employees. Following strong growth, it has become the candidate referencing platform of choice for 30% of the ASX's top 50 companies.

Highlights for the half included:

During the first half, significant steps were taken to position the company for sustainable global growth.

"Our dynamic sales growth trajectory continued in the first half, with strong performance in Australia and New Zealand and growing international sales. We made progress across every area of our operations, and we are well positioned to accelerate client growth and usage of our platform. The value of Xref's platform in helping human resources practitioners to make data-driven decisions is increasingly acknowledged by clients."

"We made significant enhancements to our software as a service platform in the first half, increasing scalability, adding new products including a matrix-based solution for the UK market, and customer features such as new language capability. We are working on new integrations with application tracking services and market partners to further broaden our sales. Our data analytics capability is growing, assisted by the thousands of candidates and referees who join our platform every day.”

"The company continued to increase sales successfully in all markets in which it operates, and we are encouraged by strong growth and the highly positive endorsements from clients. We have a clear strategy for sustainable global growth, capitalising on our human resources expertise, technology leadership and the value we bring to commercial partnerships."

Xref has developed a highly scalable platform and is investing to capitalise on its significant global opportunity. The company already serves clients in Australia and New Zealand, Europe, the Middle East and Africa, North America and Singapore. In 2016, Xref opened offices in the UK and North America targeting these large addressable markets.

More than 100 new clients began using Xref's platform during the half, which now assists more than 500 organisations across government, small- to medium-size businesses, human resources agencies, not-for-profit groups and others. About 51% of Xref clients are large enterprises.

The group's clients are strong advocates of Xref's platform, which has a 98% success rate – far higher than telephone or email based reference gathering – and provides 60% more data.

Xref has extended its services for clients, adding sales staff to drive new sales, and customer success teams to help clients to use Xref's platform. In the past 12 months, employee numbers have increased from 14 to 44, including five employees (and two board members) in London and four in Toronto.

North America
The Toronto office opened in May 2016, enabling entry into North America which has an addressable market of about 162 million positions, including around 18 million in Canada and 144 million in the US. During the half, Xref secured its first North American clients including Clarity, ES Fox, Miele, Revera, TravelEdge Group and WilsonCTS.

The Xref platform has been integrated with widely-used human resources technology platforms in order to broaden its addressable market cost-effectively. This allows the quick onboarding of clients without the need for a large sales team, and enables clients to access other human resources and recruitment services through Xref's platform easily.

Integration with the Oracle Taleo applicant tracking system, a leading enterprise human resources technology system for management of staff recruitment, has opened access for 6,000 of the world's largest companies to Xref's platform. This has opened up a new marketing channel, supporting Xref's globalisation strategy.

During the half Xref signed a pilot integration agreement with Verify, the employee verification and pre-screening business of Veda, the data analytics business, and the companies are in advanced negotiations regarding further business. A commercial partnership and integration with Expr3ss! has secured new clients and increased exposure to the small- to medium sized business market, which currently represents about 12% of Xref's business. These integrations are also joint ventures, enabling Xref to leverage its partner's credibility to enter new markets quickly.

A new app developed for the European market has pioneered time-based candidate referencing, increasing Xref's UK sales. The app provides an overview of the candidate’s experience across an extended time, helping employers to comply with changes to governance models. Regulation has restricted employers' ability to collect and use data, aiming to protect consumers and prevent discrimination.

Revenue was $1.18 million for the first half, up 151% from $470,000. The company recognises revenue after Xref credits are used, with unused credits reported as unearned income.

The group has demonstrated strong demand for its products. Having validated its business model and global potential, Xref is investing to capitalise on its significant growth opportunity and 'first mover' advantage. The first half result reflects this strategy, and the company reported a net loss of $3.4 million.

In August 2016 Xref completed an $8 million placement (before costs) to Australian institutions and sophisticated investors which closed oversubscribed.  The funds are being used to accelerate global sales growth, facilitate product integrations and drive software development.

Xref strengthened its board in August 2016, appointing Brad Rosser as non-executive Chairman and Nigel Heap as a non-executive Director.

Mr Rosser is a business builder and entrepreneur who worked for McKinsey and Co from 1992 to 1995 before working directly for Richard Branson as Director of Corporate Development for Virgin from 1995 to 1999, helping to identify and implement start-up businesses. After leaving Virgin, he worked for several successful start-ups as well as helping to set up Unilever Ventures, Unilever's incubation arm in the UK. In 2008, he founded the BSF Group, an organisation that helps start-ups to secure funding, launch successfully, and then grow profitably. He holds an MBA (with distinction) from Cornell University's Johnson Graduate School of Management and a Bachelor of Commerce (First Class Honours) from the University of Western Australia.

Mr Heap is the UK and Ireland Managing Director of Hays plc, the leading global professional recruitment group; he is Chairman of its Asia Pacific business, and a member of the group's management board. He joined Hays in 1988 and over the last 19 years has successfully led the growth of the Asia-Pacific business. He has completed INSEAD's Advanced Management Program and holds a Bachelor of Laws from Manchester University.

The group has achieved a sales growth rate exceeding 100% year-on-year and is working hard to achieve a similar growth trajectory. Having positioned the company for growth in 2016, Xref has transitioned to focus on building scale.

Immediate priorities include increasing sales in the regions in which Xref operates and new regions, and the company anticipates strong international growth.

The group continues to focus on developing the capabilities of its global platform, and has ten integration programs under way. These provide efficient sales channels which also offer clients an enhanced digital human resources experience. 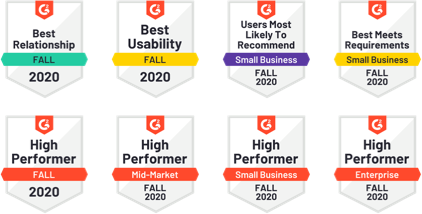