Xref Limited (ASX: XF1) (“Xref” or the “Company”), the human resources technology company, has today released the details of a high-growth and development period for the Company during Q1 FY20.

Xref’s growth trajectory continued throughout Q1 FY20. The first quarter is traditionally the Company’s lowest sales period due to seasonal fluctuations in the Australian recruitment industry following the financial year end and the summer holiday season in the Northern hemisphere.

Quarterly cash receipts were $3.53 million following the Company’s record sales in June, a 31% increase on the $2.7 million recorded in the previous corresponding quarter. The record sales achieved during Q4 FY19 translated to strong cash receipts during Q1 FY20.

Further information about these new clients follows as an appendix to this announcement.

On October 24th 2018, Xref announced the acquisition of 103 new clients during Q1 FY19. After 12 months, all of these clients remain active and revenues generated from them have grown 188% collectively. In Q1 FY18 these clients had spent an average of $5,431, by September 30th 2019 the same clients had spent an average of $15,681. This strong trend of organic revenue growth from customer cohorts over time supports Xref’s strategy of landing and expanding in new markets and it will continue to be a major growth driver for the Company during FY20. Relevantly, 80% of Xref’s clients have joined within the last 24 months. .

The Xref Lite service opens up a significantly wider market of potential users looking for an on-demand solution backed by the breadth and power of Xref’s enterprise platform. Xref has seen its first customers join the Xref Lite service just one week after launch. In particular, Xref has for the first time witnessed a client creating a Lite account, purchasing credits and requesting their first reference check within an hour. This realises Xref’s ‘One Day’ promise made in FY19, to be found by and transact with a new client within 24hrs (Xref Lite Release 22nd October 2019).

Xref has a leveraged go-to-market strategy in place for Xref Lite, which will include:

The sales and account management team grew by 30% during Q1 FY20 to 30 executives. This included growth in all regions as well as a new office in New Zealand and remote sales executives added in Ireland and the US. Xref also welcomed Steve Sutcliffe as APAC GM of Sales.

The release of Xref Lite allows the growing sales teams to be 100% targeted on identifying enterprise customers in all regions, while small business and trial clients can self-serve using Xref Lite.

Credit usage by integrated customers was $0.5 million for the quarter, representing a 67% increase on Q1 FY19. The number of companies using Xref through an integration increased to 200 in Q1 FY20 from 136 in Q1 FY19. Xref currently has 17 live integrations and will be adding another 6 by the end of Q2 FY20. Among these will be an integration with leading talent management platform, PageUp. (PageUp Release 9th October 2019).

Xref is delighted to announce that the first ID Checks have been completed by clients from within the Xref platform, using RapidID. HR professionals are looking for better ways to verify the backgrounds and identity of candidates and Xref now brings a seamless and integrated service to their platform of choice. With RapidID, Xref’s clients have the ability to check that candidates are who they say they are.

RapidID will continue to evolve under its current branding and website but it will be identified as an Xref company. RapidID will also be able to develop further in non-HR markets and this will create opportunities for Xref in new sectors. (RapidID Release 1st July 2019)

Xref is delighted to have won the business of one of the largest Universities in the United States, following an extensive tender process and multi-vendor trial period. Given the power and security of the Xref platform, the Company was able to demonstrate its ability and capacity to meet Texas A&M University’s strict technical and compliance requirements. Importantly, it was the combination of both the product and the team that led to Texas A&M University’s decision to work with Xref.

As well as Texas A&M University, Xref has secured other US education wins such as Kipp LA Schools, Uncommon Schools, New York and most recently Mastery Schools, Philadelphia.

Xref has welcomed its first employees in the US and is currently working with integration partners such as SmartRecruiters, Bullhorn and PageUp to identify and secure more clients within the region.

Gross cash outflows for the quarter were $5.43 million, an increase on the $4.98 million estimated in the June quarter Appendix 4C. Xref has a four-week payroll period and four cycles occurred in Q1 FY20, resulting in higher than average expenses for the quarter.

Estimated gross cash outflows for Q2 FY20 are $5.3 million. In Q2 FY20, there will only be three pay cycles.

“This has been a truly defining quarter for us. We have seen the Company grow and evolve in all aspects - with team growth, direct sales growth, platform expansion and indirect revenue generation, through partnerships and acquisition. We have always been focused on continuing to add value to the service we offer clients, and we have done that in spades during Q1 FY20 with the introduction of multiple new products and features, including RapidID, Template Builder, People Search, new integrations and, most recently, Xref Lite. Accelerated growth and profitable scale is now most definitely in our grasp and we are very excited about the opportunity that lies ahead.”

“The amount and level of platform development during this quarter has been phenomenal and we are exceptionally proud of our development team for what’s been achieved. The launch of Xref Lite is a major milestone for us but the introduction of this new platform alternative hasn’t happened in isolation, we have also seen new integrations launch and all of these new offerings translate into a greater competitive edge, faster client acquisitions and, therefore, increased revenue. This quarter is always challenging so it’s particularly exciting to see these results after such a strong end to FY19 and during a seasonally low sales period.” 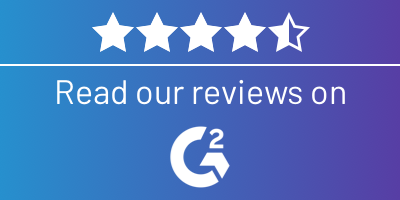