Police Now almost doubled their hires in the last year. Read why they partnered with Xref to help them do that. 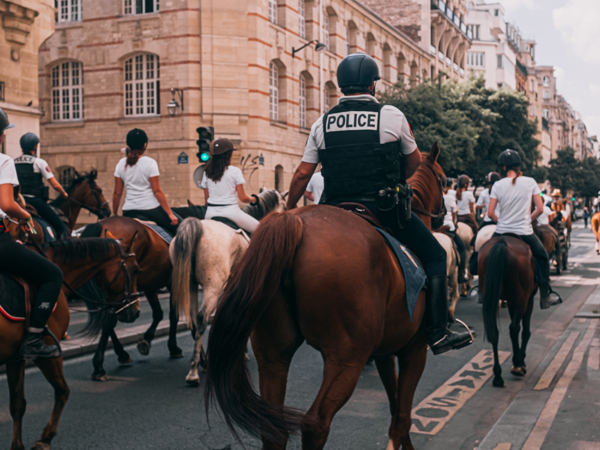 Percentage completed outside of business hours

Xref speaks with Mahfuz Chowdhury, Recruitment Operations Officer at Police Now, about why they chose to automate some of their processes.

Tell us a bit about Police Now

Police Now is an independent, non-profit national charity with a mission to transform communities, by recruiting, developing and inspiring diverse leaders in policing.

Police Now's National Graduate Leadership Programme trains and develops talented graduates to become leaders on the policing frontline. Participants are placed in some of the most challenged and deprived communities in England and Wales, applying problem-solving techniques and developing innovative solutions to address the most pressing challenges facing communities.

Where did the idea of automating references come from?

It came down to our scalability. We knew that if we were recruiting 600 or 700 police officers, we couldn't use manual processes in the longer term. Our capacity to be able to do it manually would start to change so we needed to bring in a system that would remove the heavy lifting.

It’s not just about the cost of hiring people for the role of conducting manual reference checks, it’s about the time you have to invest in training and supporting them.

Why are checks important to you?

Ultimately, we’re recruiting people into positions of trust, so it's about checking that the candidates are indeed who they say they are and don’t pose a risk in the role.

We need to be sure we are recruiting the right people. References allow us to understand different details about the candidates. We ask questions about sick leave and around honesty and trustworthiness, for example.

If we hear about a significant amount of sick leave that they haven't declared in their medical, for example, then that raises questions.

What triggered the need for your tech review?

We are always looking at new, innovative ways to provide the best candidate experience during our recruitment process. This includes regularly looking at the tech we use and how we can consolidate our systems to make sure everything runs as smoothly as possible.

Our flagship programme is the National Graduate Leadership Programme which trains graduates to become leaders in neighbourhood policing. In 2019/20, we received just over 10,000 applications for just over 560 places.

Our most recent drive for the National Detective Programme in 2020/21, is designed to equip participants with the core skills required to undertake modern investigative police work. For this programme, we received just over 8,300 applications for just over 220 places. And these numbers don’t include all of the people that have asked us questions or people that didn’t complete applications.

So, we’ve had to look at our resources and tools to see how we can be most effective. But also keeping in mind the candidate experience and considering how we can make this better, ensuring that we are responding to candidates in a consistent way.

What was referencing like at Police Now before you introduced Xref?

We were doing referencing manually. In 2019, we made somewhere in the region of 400 conditional offers between April and June, all of whom were referenced by two people that we employed specifically for that time period. Last summer, we offered somewhere close to 700 - so almost double - within the same timeframe.

As a general rule of thumb referencing is done at the last part of the process once an offer has been made. For us, the candidate is still going through other checks with the police force, such as medical checks. For that reason, we start our references much earlier in the process, so that we don’t cause any delays. And we don’t just collect the last two references, we collect anything from within the last three years. We’re often hiring candidates that are just about to graduate so the last three years might mean 10 references from multiple short-term roles and we have to cover every single one.

How have things changed since introducing Xref?

The impact on our time-to-hire has been the biggest thing. Before we were using Xref it was taking around 32 days to collect references. Once we brought Xref in, the turnaround time was reduced to 16 or 17 days. Our references are actually collected within a few days, but we still manually check everything over, hence the end-to-end process taking a couple of weeks.

Our average turnaround time to collect references with Xref is 79 hours and 97% of these are completed outside of our working hours. If you consider that we could be taking up to 10 references, this really is a huge time saving!

What impact has Xref had?

The whole process has been really good.

References we've collected are now pretty much all on one system whereas before, because they were coming through on email and it was really hard to keep track of things. So that audit trail has also had quite a big impact.

The support team is very responsive as well, which has also taken some of the workload off us.

For our candidates to be able to just log the details and automatically have requests sent out to their referees, and then reminders automatically being sent out, is a massive advantage in terms of reducing our admin work.

Measure candidates against core competencies specific to the role.

Keep track of the progress of your requested references with real-time updates.

“We now have time to focus on tasks we’re passionate about.”

Xref Enables Referees to Respond in Their Own Time | WilsonCTS