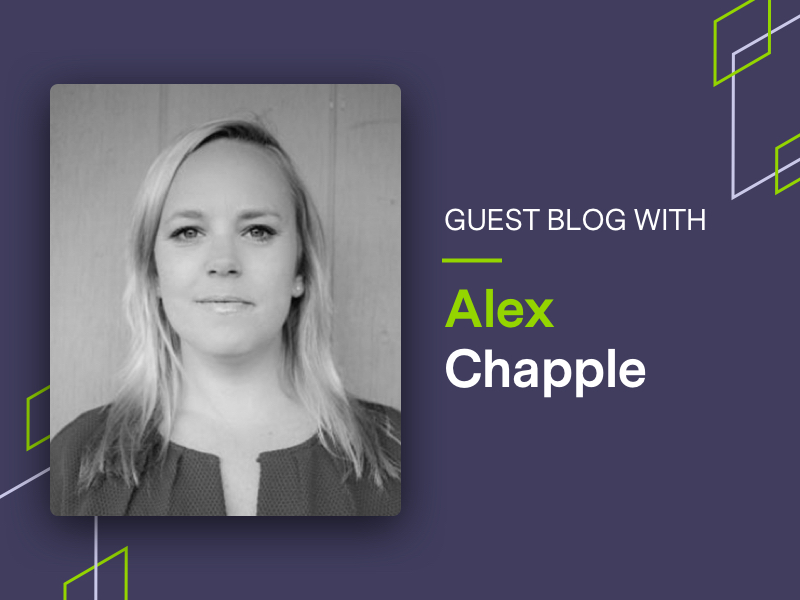 Challenges, Pain Points and Priorities in Recruitment for HR Professionals

Alex Chapple, shares her thoughts on the biggest trends facing the recruitment industry in the next 12 months

After seeing what the awesome Thoughtexchange app was capable of at our Disclose. Discuss. Discover. Vancouver event, we were excited to hear more from Director of People (and one of our panelists on the evening!) Alex Chapple.

Here she shares her thoughts on everything from what she loves most about her role, to the biggest trends facing the recruitment industry in the next 12 months.

I'm the director of people here at Thoughtexchange and what that entails is everything from interviewing and recruiting to employee-focused events and training opportunities. I don't necessarily do the training myself, but I'm certainly part of helping to find opportunities and bring staff together, both in person and virtually.

We have four offices, but we also have a large number of employees who work from home, so we do get together fairly often and the People Team plans those events.

We believe really strongly that our culture is built by everybody who works here and that it is a moving and growing thing. Although, we do have some pillars of who we are as well. We really found the need as we were growing to focus on some cultural initiatives. Although, it's everybody's role, it's something that I have my eye on too.

It's a team effort, we have grown a lot and it has been busy but also so much fun.

What do you love most about being it that role?

The thing I love most about the organisation is the people that I get to work with, the team that we have built here and the things that I've learned from everybody who's here, which I'm sure sounds quite appropriate coming from someone in my role but it truly is!

We have people with such varied backgrounds, doing things they have not done before and building out other areas of the business. There's this really entrepreneurial and collaborative spirit. I think that's just a really exciting place to be. It can be super scary because we're all given so much opportunity to run with things and to own things, and we're trusted. So you're not relying on someone else to give you sign off and tell you that it is the right thing to do. We're all kind of going through that together, but I really do think it brings out the best in everybody.

You know what's really been an interesting change that I'm really excited about is that I have started to interview people who have heard of us before. They have either heard from things online, such as companies like Xref including me in your fantastic events or they have friends who work here. I feel like word is starting to get out organically and naturally about Thoughtexchange being a great place to work and that makes me so happy!

At the beginning of my role here when I was interviewing people, 9 times out of 10 they would say, “Well the job sounds really interesting. I have to be honest I've never heard of you before.” That feels like an exciting shift.

In terms of our process, a lot of our very best recruitment opportunities come from internal referrals. It's people working here already reaching out to their networks. Our VP of revenue, Jayme Smithers, does an absolutely beautiful job of talking a lot about what it's like to work here and he's been in the tech industry for a long time, so he has a huge network. In the year and a half he’s been here, he's been a huge part of growing that name recognition for us.

So, we do a lot of recruiting that way. Whether we have a role or not I'm constantly building relationships with people so that when something does come up I can say, “oh actually I talked to someone a couple of months ago and they might be great at this, let's think about what a job posting would look like for that and let's talk to this person and see if they're interested in it.”

Other than that, we use Lever as an ATS. We've only been using for about a year and a half and they have literally changed my life. I used to post all of our job postings and use Google spreadsheet and Dropbox folders to keep everything together. Whereas in Lever, I have notes and a reminder, so I know right away everything I need to about a candidate and can interact with them appropriately. I just think nothing could be worse than being a candidate coming back to a company and have them say, “Nice to meet you,” when they've spoken to you a bunch before.

What have been your biggest pain points in the role?

Well, I think everyone says this but it is a big pain point - finding software developers in British Columbia. I think everyone's talking about the fact that there's been such a boom of companies moving here and the competition is really steep so finding those technical people specifically is definitely challenging. Once you have them you want to hold on to them for dear life.

I wouldn't call this painful, but keeping remote employees feeling included in a culture that also has offices and people seeing each other face to face is a focus. I think we do that quite well, but it's always top of my mind. I'm one of those people who can't stand people feeling left out. I've been like that ever since I was a kid, so I possibly overthink that one!

What your #1 priority for the next 6 months?

We have quite a lot of new hires coming in right now and more planned for January, so getting them integrated and productive, so that they can contribute and hit the ground running as quickly as possible is a priority.

What do you think is going to be the biggest industry trend in the next 12 months?

Everybody is talking about remote work right now and I think that's just going keep growing. And not just remote, but flexible working too. So, what works for specific people, instead of holding people to organisation-wide guidelines.

I realised one day that it’s not actually the remote working that is the selling point, it's the flexibility - us having offices and people working from home is part of that flexibility. It's about giving people the opportunity to come to an office if that will work for them or to go home every afternoon if that works for them or whatever makes them contribute at their highest.

What personal development tips would you give to other HR professionals?

An interesting one that I've been focusing for myself on recently is vulnerability. Leading with vulnerability and being able to say what you know and what you don't know, reaching out to teams to find out what they think about what’s going on and being willing to address what you hear (we think Thoughtexchange is pretty perfect for this!) as well as keeping an eye on what you're bringing to the conversation.

Another one I think I’d say is learning how to really listen in interviews and not just asking the classic interview questions, but really trying to get to know somebody. Because skills can be taught. Obviously, you don't want to hire somebody that is totally inappropriate but you want to hire someone that's going to fit in with the team, bring a diverse perspective, the right energy, and the right skills - then you can grow that person.

Alex is a seasoned communications professional, event planner and passionate people person with experience in both public and private sector companies and organisations. She is focused on recruiting top notch team members and loves connecting people with roles where they excel. Alex served three years on the board of the Osprey Community Foundation in Nelson, BC and also sat on the Communications Committee for the Dalai Lama Centre for Peace and Education in Vancouver leading the international media relations team for the 2006 visit of His Holiness the Dalai Lama. Alex loves interior design, travel, camping and being outside.